Kivy is a community project, led by professional software developers. We are responsible for developing and supporting Kivy, alongside of the community. We also work for companies that use Kivy for their professional products.

Fresh:
· Kivy is made for today and tomorrow. Novel input methods such as Multi-Touch become increasingly important. We created Kivy from scratch, specifically for this kind of interaction. That means we were able to rethink many things in terms of human computer interaction where older (not saying ‘outdated’; rather ‘well-established’) toolkits carry their legacy, which is often a burden. We’re not trying to force this new approach to using a computer into the corset of existing models (say single-pointer mouse interaction). We want to let it flourish and let you explore the possibilities. This is what really sets Kivy apart

Fast:
· Kivy is fast. This applies to both: application development and application execution speeds. We have optimized Kivy in many ways. We implement time-critical functionality on the C level to leverage the power of existing compilers. More importantly, we also use intelligent algorithms to minimize costly operations. Most importantly, we use the GPU wherever it makes sense in our context. The computational power of today’s graphics cards surpasses that of today’s CPUs by far for some tasks and algorithms, especially drawing. That’s why we try to let the GPU do as much of the work as possible, thus increasing performance considerably

Flexible:
· Kivy is flexible. This means it can be run on a variety of different devices, including Android powered smartphones and tablets. We support all major operating systems (Windows, Linux, OS X). Being flexible also means that Kivy’s fast-paced development allows it to adapt to new technologies quickly. More than once have we added support for new external devices and software protocols; sometimes even before they were released. Lastly, Kivy is also flexible in that it is possible to use it in combination with a great number of different third-party solutions. For example, on Windows we support WM_TOUCH, which means that any device that has Windows 7 Pen & Touch drivers will just work with Kivy. On OS X you can use Apple’s Multi-Touch capable devices, such as trackpads and mice. On Linux, you can use HID kernel input events. In addition to that, we support TUIO and a number of other input sources

Focused:
· Kivy is focused. You can write a simple application with a few lines of code. Kivy programs are created by using the Python programming language, which is incredibly versatile, powerful yet easy to use. In addition, we created our own description language, the Kivy Language, for creating sophisticated user interfaces. This language allows you to set up, connect and arrange your application elements quickly. We feel that allowing you to focus on the essence of your application is more important than forcing you to fiddle with compiler settings. We took that burden off your shoulders

Funded:
· Kivy is actively developed by professionals in their field. Kivy is a community-influenced, professionally developed and commercially backed solution. Some of our core developers develop Kivy for a living. Kivy is here to stay. It’s not a small, vanishing student project 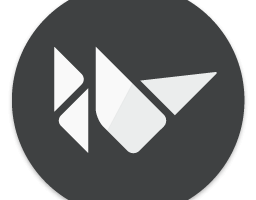