You are here: X-64-bit Download \ System Utilities \ Other \ Dolphin

Dolphin is an emulator for two recent Nintendo video game consoles: the GameCube and the Wii. It allows PC gamers to enjoy games for these two consoles in full HD (1080p) with several enhancements: compatibility with all PC controllers, turbo speed, networked multiplayer, and even more! Dolphin is a Gamecube, Wii and Triforce emulator that provides users with the possibility of playing their favorite console games directly on a Windows machine.

The program comes with multiple configuration screens concerning not only the main application but also graphics, DSP, the Gamecube Pad and the Wiimote. The main configuration menu allows you to enable dual core support, cheats and idle skipping, but also to juggle with CPU emulator engine settings, such as JIT recompiler, JitIL experimental recompiler and Interpreter. Dolphin remains one of the most effective Wii and Gamecube emulators, even if many of the games don't work at all. The addition of a help file would make it much more appropriate for beginners as well. 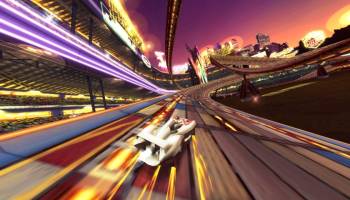