PUBG Mobile is available on the PC platform via the official Android emulator and storefront package offered by Tencent. This application was originally called Tencent Gaming Buddy, but as of recently it got upgraded with new capabilities and renamed into Gameloop. The installation of PUBG Mobile is quick and streamlined, requiring users to initially download and run a very small installer, where just following on-screen instructions will get both installer and the app ready for play. Be aware that downloading of PUBG Mobile package is done from inside the emulator, is completely automated, but will last a bit of a while because the game has grown over the years to the size of approximately 2 GB. In order to attract such large popularity, developers from Tencent have managed to faithfully port the PC version of this game to Android platform, retaining all the immersive gameplay, sub-systems and various modes of play, while introducing new elements such as streamlined touch-friendly interface and full access to new visual customization options. 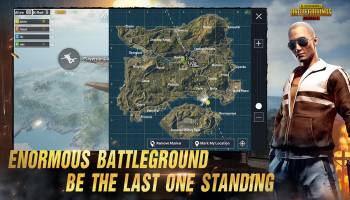