Gecode is a toolkit for developing constraint-based systems and applications. Gecode provides a constraint solver with state-of-the-art performance while being modular and extensible. Gecode is:

open
Gecode is radically open for programming: it can be easily interfaced to other systems. It supports the programming of new propagators (as implementation of constraints), branching strategies, and search engines. New variable domains can be programmed at the same level of efficiency as finite domain and integer set variables that come predefined with Gecode.

free
Gecode is distributed under the MIT license and is listed as free software by the FSF. All of its parts including documentation, implementations of global constraints, and examples are available as source code for download.

portable
Gecode is implemented in C++ that carefully follows the C++ standard. It can be compiled with modern C++ compilers and runs on a wide range of machines (including 64bit machines).

accessible
Gecode comes with both complete tutorial and complete reference documentation that allows users to focus on different modeling and programming tasks with Gecode.

efficient
Gecode offers excellent performance with respect to both runtime and memory usage. As an example, Gecode won all MiniZinc Challenges so far (in all categories): 2011, 2010, 2009, and 2008.

parallel
Gecode complies with reality in that it exploits the multiple cores of today's commodity hardware for parallel search, giving an already efficient base system an additional edge. 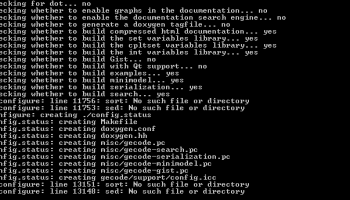