GeForce NOW brings cloud gaming. This means you can play graphics-intensive video games on devices that don't have the computing power they need, because the game's graphics are rendered in NVIDIA data centers and only video is sent to your device.

GeForce NOW works much like Netflix or HBO GO. Compared to them, however, two-way communication is required, as data centers travel to see which keys on the gamepad or keys on the keyboard you just pressed. The result is, in the case of an optimal data connection, an almost identical experience as if you were playing on a powerful gaming computer right at your home.

Cloud gaming from NVIDIA has been available to the general public since February. It is available in a free and paid version. With a free account, you have standard access to the service and can play for 1 hour without interruption. After one hour, GeForce NOW will automatically disconnect you. However, you can immediately reconnect and continue playing the same game or another title. Or join the queue. This is because standard access to the service means that under certain conditions, you will have to wait for a cloud computer to be released that you can connect to.

GeForce NOW works on a principle that is theoretically attractive to everyone - for publishers and developers, for NVIDIA and also for the players themselves. NVIDIA earns money by paying premium memberships to rent computers from the cloud. Developers can theoretically increase game sales, as they can reach a wider audience than they have done so far. Players do not need to own a gaming computer to play the game. If they want to play the expected novelty, they buy it and then play it on any device that supports GeForce NOW. This is the concept of service. As such, you need a stable connection to use GeForce NOW without any lags.

GeForce NOW from NVIDIA is a popular Cloud gaming subscription service. It allows you to access a wide range of video games through leading game developers and platforms, including Steam, GoG, Epic and Uplay. Games must be owned and must be on the GeForce NOW menu. 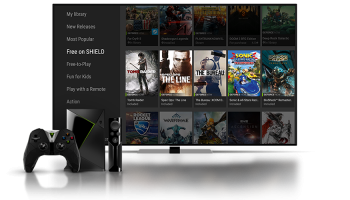