MAME stands for Multiple Arcade Machine Emulator. When used in conjunction with images of the original arcade game's ROM and disk data, MAME attempts to reproduce that game as faithfully as possible on a more modern general-purpose computer. MAME can currently emulate several thousand different classic arcade video games from the late 1970s through the modern era.

MAME is strictly a non-profit project. Its main purpose is to be a reference to the inner workings of the emulated arcade machines. This is done both for educational purposes and for preservation purposes, in order to prevent many historical games from disappearing forever once the hardware they run on stops working. Of course, in order to preserve the games and demonstrate that the emulated behavior matches the original, you must also be able to actually play the games. This is considered a nice side effect, and is not MAME's primary focus.

It is not our intention to infringe on any copyrights or patents on the original games. All of MAME's source code is either our own or freely available. To operate, the emulator requires images of the original ROMs, CDs, or hard disks from the arcade machines, which must be provided by the user. No portions of the original game code are included in the executable.

MAME is free. Its source code is free. Selling either is not allowed.

ROM, CD, and hard disk images are all copyrighted material. They cannot be distributed without the explicit permission of the copyright owner. They are not "abandonware", nor have any of the games supported by MAME passed out of copyright.

MAME is not intended to be used as a tool for mass copyright infringement. Therefore, it is strongly against the authors' wishes to sell, advertise, or link to resources that provide illegal copies of ROM, CD, or hard disk images.

Derivative works are permitted under the MAME license. However, you are discouraged from providing specific functionality that goes against the philosophy of the MAME team. Specifically:

* Do not add games which are more recent than 3 years old, or which are still being sold new by the company that produced them. MAME is not intended to be a platform that competes with arcade games that are still being actively sold.
* Do not provide a means of generating a list of games that specifically identifies those games for which the user does not have image files. This only encourages users to seek out sources for illegal ROM, CD, and hard disk images in order to "complete" their collection.
* Do not remove the startup screen that contains information about why certain non-working games don't work. This only serves to generate a bunch of useless email traffic to the developers asking why the games don't work.

Because the name MAME is trademarked, you must abide by the rules of the trademark usage if you wish to use "MAME" as part of the name your derivative work. In general, this means you must request permission, which requires that you follow the guidelines above. 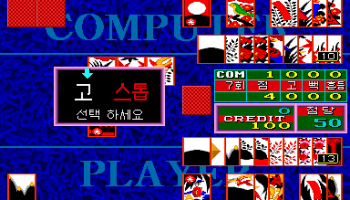