You are here: X-64-bit Download \ Development \ Other \ Qt Creator

Qt Creator is a cross-platform integrated development environment (IDE) tailored to the needs of Qt developers. It provides:

Qt Creator is freely available for download, either alone or as part of the Qt SDK.

Project & Build Management
Whether you import an existing project or create one from scratch, Qt Creator generates all the necessary files. Support for cross-qmake and CMake is included.


Qt Simulator
Available as part of the Nokia Qt SDK, the Qt Simulator to test Qt application for mobile devices in an environment similar to that of the target device.

Resources
Browse the resources below to learn more about Qt Creator: 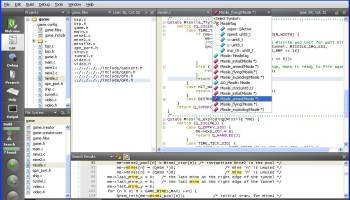