Shockwave Player is the web standard for powerful multimedia playback. The Shockwave Player allows you to view interactive web content like games, business presentations, entertainment, and advertisements from your web browser.

Over 450 million Internet-enabled desktops have installed Adobe Shockwave Player. These people now have access to some of the best the Web has to offer - including dazzling 3D games and entertainment, interactive product demonstrations, and online learning applications. Shockwave Player displays Web content that has been created by Adobe Director.

• The project was completed in under three months, a tribute to Macromedia Director as a rapid prototyping tool.

• Director allowed Science Alberta Foundation to leverage previous learning and assets developed in Flash and integrate them seamlessly into the new environment.

• Optimization of the large Wonderville.ca 3D environment was accomplished through the modularization of content resulting in fast uploads and smooth operations. 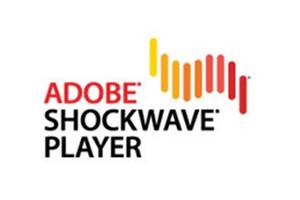