It lacks the editing power of a general-purpose editor such as Adobe Premiere, but is streamlined for fast linear operations over video. It has batch-processing capabilities for processing large numbers of files and can be extended with third-party video filters. VirtualDub is mainly geared toward processing AVI files, although it can read (not write) MPEG-1 and also handle sets of BMP images.

Have you ever worked with desktop video?

Sure, you've probably played a few video clips on your monitor. But have you ever made one yourself? Used a video capture device? Wrestled with the software that comes with it? Felt like the software is a few leagues above or below your level? Time to try something else.

VirtualDub helps you get video into your computer.

If your capture device is Video for Windows compatible, then VirtualDub can capture video with it. But VirtualDub isn't your average capture program:

VirtualDub lets you clean up video on your computer.

There are lots of programs that let you "edit" video. And yet, they're frustratingly complex for some of the simplest tasks. VirtualDub isn't an editor application; it's a pre- and post-processor that works as a valuable companion to one:

You can take a captured clip, trim the ends, clean up some of the noise, convert it to the proper frame size, and write out a better one. Don't see a video filter you want? Write your own, with the filter SDK.

The author of VirtualDub is very impatient. That means his program is designed for speed, both in the interface and in the processing pipeline. Converting a compressed, 320x240 MPEG-1 file to an uncompressed, 24-bit AVI requires only these two steps in VirtualDub:

To be exact, it costs nothing. VirtualDub is licensed under the GNU General Public License, meaning you can use it for free. No risk involved, and the whole source code is available if you want it. 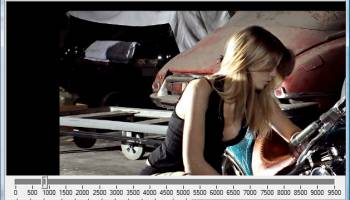