ProgDVB and ProgTV is two is 2 independent user interfaces which can work together from one folder at one list of channels, settings etc. ProgTV is aimed at use with remote control(HTPC). ProgDVB contains more functions but is intended for use by a mouse. Thus it is very convenient to use both interfaces.

ProgDVB is a piece of software which allows you to watch SAT-Television and listen to Radio channels directly from satellite by using DVB-PCI cards with hardware decoders on the board, SAT-dish, and personal x86-compatible computers.

Currently works with DVB-S, DVB-S2, DVB-T and DVB-C cards of the following manufactures: 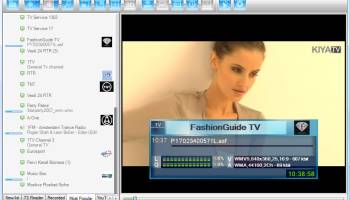